WELCOME TO THE STATE OF HAWAII HOMELESSNESS INITIATIVE 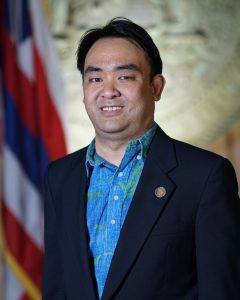 Scott Morishige currently serves as the Governor’s Coordinator on Homelessness and is the point person for all homeless issues in the state.  Scott works closely with Governor David Ige and his cabinet to provide for broad policy direction and coordination for the many stakeholders in Hawai’i addressing the issue of homelessness.  The Governor’s Coordinator on Homelessness is part of the Hawai’i Department of Human Services, and reports to the Director of Human Services.

Recently named the 2017 Social Work Practitioner of the Year by the National Association of Social Workers – Hawaii Chapter, Scott was previously the executive director of PHOCUSED, a nonprofit and advocacy organization for health and human services.  Additionally, Scott has previously served for a number of local nonprofit organizations, including ALU Like, Inc., The Salvation Army, Helping Hands Hawai’i, and the Legal Aid Society of Hawai’i. 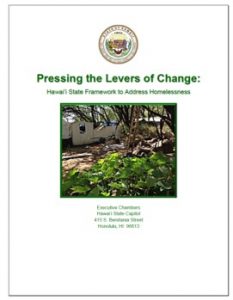 Implementing a Housing First system – so that children do not grow up in homelessness – addresses the social determinants of health and improves outcomes not only for the current generation, but for those to come.  In 2016, the Governor and the Hawai’i Interagency Council on Homelessness adopted a comprehensive State framework to address homelessness, which directly addresses these root causes, including healthcare, education, safety, living/work environments, and housing.  Concurrently, the State strategically presses on three levers to address homelessness: Affordable Housing, Health & Human Services, and Public Safety.

To learn more about the State’s approach to homelessness, read the State Framework to Address Homelessness. 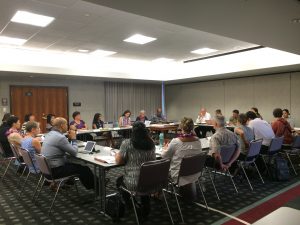 The Hawaii Interagency Council on Homelessness (HICH) was established in July 2011 through executive order by Gov. Neil Abercrombie. Composed of state department directors, federal agency representatives, and community leaders, the HICH was tasked with providing solutions to end homelessness and strengthen the continuity of efforts to end homelessness across future State of Hawaii administrations.

The HICH is required to report annually to the governor, the state Legislature, and the mayor of each county on the progress of its activities, including formulation and progress of the 10-year plan no later than 20 days prior to the convening of each regular session.

Housed administratively within the state Department of Human Services (DHS), the HICH is chaired by Scott Morishige, appointed in August 2015 to serve as the Governor’s Coordinator on Homelessness. The HICH held its first official meeting on Sept. 10, 2012.

The HICH adopted a plan consisting of four goals, 11 objectives, and 39 strategies. That plan is consistent with the approach taken by the U.S. Interagency Council on Homelessness (USICH) created by President Barack Obama in 2010 to end homelessness throughout the nation.

Hawaii was the first state in the union to create a state interagency council patterned after the USICH. The work of the HICH has been further informed by its members, by knowledgeable volunteers, service providers, and community members, and by best practices to address homelessness in Hawaii and across the United States.